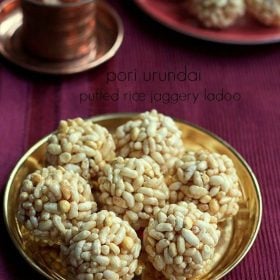 Navratri Festival is one of the most auspicious and grand festivals dedicated to Goddess Durga and her many forms. It is celebrated all over India in different ways, but with a lot of devotion, festivity and fanfare. This year, it begins on September 26 and end on October, 5 with Dussehra. I have specially created this post to share some of the most popular and some unique South Indian Navratri Recipes. This will help you to decide on a delicious menu during this festival.

Navratri made of 2 words, ‘nava’ and ‘ratri’ literally translates to ‘nine nights.’ People also observe fasts or vrats in order to devote themselves completely in the bhakti or worship of Durga Maa. Another unique feature about this festival is that there are 4 seasonal variations of it. The most important one is the Sharada Navratri that falls after monsoon season.

Navratri Festival is the celebration of the victory of good over evil. This is signified by Goddess Durga fighting and winning over the demon Mahishasura. Thus, these nights and days are dedicated in the worship of Durga Maa and Navadurga – her 9 avatars. While it is celebrated in North India majorly by fasting, other rituals are observed in other regions of India.

In West Bengal, Assam and Odisha, it is known as Durga Puja and may not necessarily involve fasting. The celebrations also begin from the 6th day, known as ‘shoshti.’ It ends on the 10th day with Bijoya Dashami, also known as Vijayadashami or Dussehra.

2 days ago Today's Digital
We use cookies on our website to give you the most relevant experience by remembering your preferences and repeat visits. By clicking “Accept”, you consent to the use of ALL the cookies.
Cookie settingsACCEPT
Manage consent